Finally, after a long wait, the first victory for Daniel and his teammate Postiglione arrived in this last round of the CIGT Sprint on the Mugello circuit.
In the first stint – abbreviated by a red flag – Mancinelli managed to keep the position conquered on the starting grid and thus hand over the Audi R8 LMS to his teammate Postiglione in second position.
Thanks to the safety car entering the track, caused by an accident towards the end of the race, Postiglione managed to recover the gap from Luca Ghiotto’s Lamborghini Huracan who, with the help of a showy elastic maneuver, managed to finish in front of the Audi R8 of 6 tenths.
With the engines off, however, after a long session the commissioners decided to penalize the Lamborghini Huracan by 5″, making them slip to second place and thus handing the victory to Daniel and Vito.
In race 2, on Sunday, Postiglione started sixth but immediately found himself stuck behind Iacone/Tempesta’s Lamborghini and when he managed to get rid of his rival, the pit stop was almost upon them.
Mancinelli – who took to the track for the second stint – found himself having to suffer a breakdown of the GPS system which cost him a one minute penalty with the consequent exclusion from the fight for the podium. But the two previous podium of Postiglione and Mancinelli in the first and third races of 2021 and yesterday’s victory proved decisive for the team created by Emilio Radaelli to win the tricolor cup for the best GT3 Sprint team.
“The long-awaited first victory of the season in race 1 has finally arrived.” – Daniel said – “In race 2 a problem with the timing system made us take a penalty at the end of the race that saw us finish tenth. I am very happy for the Audi Sport Italia team that won the title of Italian Gran Turismo Sprint team champions. Congratulations to our teammates Agostini and Ferrari who have won the drivers’ title. Now next meeting on 30-31 October in Monza for the last race of the Italian GT Endurance Championship in which I will still be at the wheel of the Audi R8 GT3 LMS #14.” 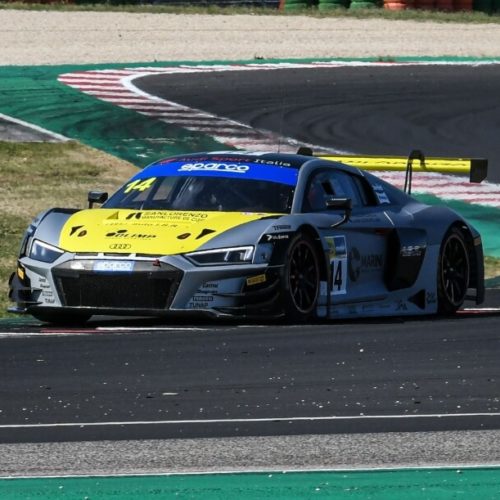 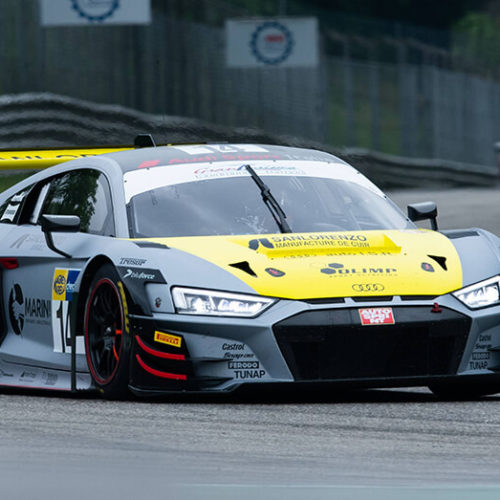 Last appointment of the CIGT Endurance