His career begins at 8 years old in the 50cc Baby Kart category when he already shows extreme lucidity and resolution. His first competition: his first victory. In 1997 Daniel obtains the same time 2° in the Italian placings. In 1998 he makes his debut in the 60cc Mini Kart category getting laurelled as regional champion, and the same he does for two following years. 2000 is his consecration year. When only 12 he becomes official driver for Nannik-Trulli Team, competing for which he wins the regional championship, and afterwards arrives 4th at the Italian championship.
His debut in the 100cc Baby Kart comes in 2001 and half through 2002 he becomes official driver for Tony Kart Racing team. First competition and it is pole position for Daniel: an excellent visiting-card which will open him the doors of the Italian Championship. The second year he is competing for Tony cart is sealed with a glorious 5th position. In 2004 he passes to the 100ICA category, still competing for the same Racing Team. Once again his results are astonishing, obtaining a 5th position at the Italian Open Championship, and a 4th position at the European Championship.

The following year, when he towers among the rest for his exceptional undertaking for Formula Azzurra at Winter Trophy (3 victories and one 2nd position) Daniel is 4th in the final placings of the Italian Open Championship, missing the final victory by the skin of his teeth. In 2005 he enters the CSAI (Federal Speed School) being invited by the Italian Karting federation. At Vallelunga autodrome, Daniel achieves the degree ad honorem and the international licence (CSAI “C”), distinguishing himself as the fastest and most constant cadet of the school. In Vallelunga (among Touring Cars and Single-seater such as Formula Renault 2000) neither the stress nor the rain pouring for the last two days of trial-run succeeded to slow him down. His aim is to accelerate and so it is.
During 2006 Daniel gets: the 2nd position at the Winter Cup, at the international race-course of Lonato, the Pole position at he Margotti Trophy and a 3rd position at the Italian Open Masters Championship. The Angerville competition (France) marks the conclusion of the World Cup season and right here Daniel concludes with: on pole position, the victory at the semi-final, and a final 6th position obtained after an amazing performance.

By the middle of September 2006, Daniel is called for the BMW Formula Test in Berlin, at the Michelin Driving Centre. Among the 27 drivers coming from all over Europe he is absolutely the fastest and most constant; so impressive that Jonas Krauss – BMW Motorsport Formula Director – pays him compliments.
2007 is a great year for Formula Renault 2.0 Italia, a precious period for the gained experience and for the excellent performances in Valencia and Spa. The year of races ends with Daniel competing in the prestigious kart world championship.

Toward the end of 2007, Daniel Mancinelli races at Ricardo Tormo in Valencia and in Vallelunga at Formula Master, driving the Tatuus of Euronova team. Straight away Daniel finds out the right feeling with the vehicle and establishes himself one of the fastest pilot; assuring so himself a future in Formula Master.
In 2008, Daniel is divided between Formula Master, F. Renault 2.0, Formula 3 and racing at the wheel of Porsche and Seat Leon. Among the major achievements include: second place at Brands Hatch (UK)in the International Formula Master, the victory in the Italian Touring Endurance at Valencia (Supercopa Seat Leon), a podium in the Porsche Carrera Cup Italy at Spa-Francoshamps, a success and a second place in the F. Renault 2.0 Italy at Mugello. In addition, the podium in the Italian Formula 3 Championship at Vallelunga, winning the Winter Cup F. Renault 2.0 at Imola and the 6h of Vallelunga for the Silver Cup – Seat Leon Supercopa.
2009 began with a victory at Monza in Race 2 of the Italian Formula Renault 2.0 championship.
2010 Italian Formula 3 Championship debut, 4th place: 2 wins, 7 podium, 1 pole, out of 8 races. From second race to the fifth race Championship leader.

In 2011 Daniel took part in the last two rounds of the GP3 Series held in Spa-Francorchamps and Monza; he competed in the Italian Formula 3 Championship ending the season with a victory. He has been invited by Porsche Motorsport to partake in the Porsche Supercup Experience Day in Lipsia.

In 2014 Daniel takes part to the Italian GT Championship with a Lamborghini Gallardo LP 570-4 Supertrofeo of Eurotech Engineering team.
The results are more than satisfactory:
– 4 wins (the only team to have won 4 times)
– 3 pole position
– 6 fastest laps
Mancinelli closes the championship in third position with Steven Goldstein, his teammate. 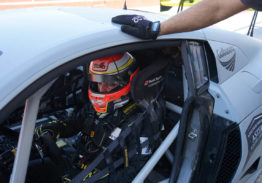 CIGT 2020 is starting with the Audi Sport Italia Team

By admin
At 30 June 2020
A new adventure is about to begin for Daniel, who will see him participate in the 2020 Italian GT Championship with the [...] 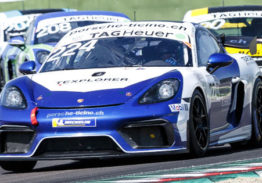 A seventh place despite adversity

The Porsche Suisse Cup final, which took place last weekend at the Marco Simoncelli circuit in Misano, was not at all favorable […] 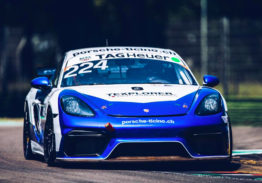 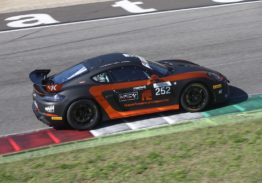 The weekend just ended at the Mugello circuit for the Italian GT Championship, despite the excellent start, was not one of the […] 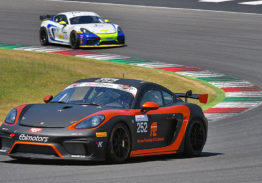 Next weekend, October 5-6, Daniel will be involved in the Italian GT Championship driving the Porsche Cayman GT4 Club sport of the […] 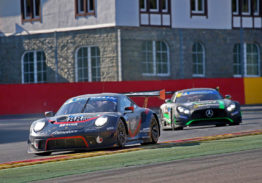 By admin
At 23 September 2019
The weekend just ended, 20-21 September, at the Spa Francorchamps circuit which saw Daniel debut in the Michelin Le Mans Cup at [...] 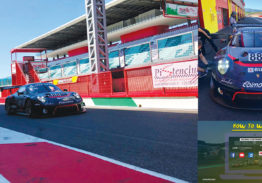 Last weekend, 14-15 September, Daniel was unable to take part in the Italian GT Championship which was held on the Vallelunga circuit […] 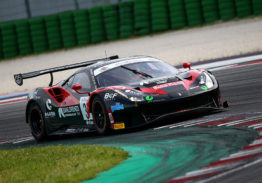