A new confirmation for Daniel and the Audi Sport Italia team 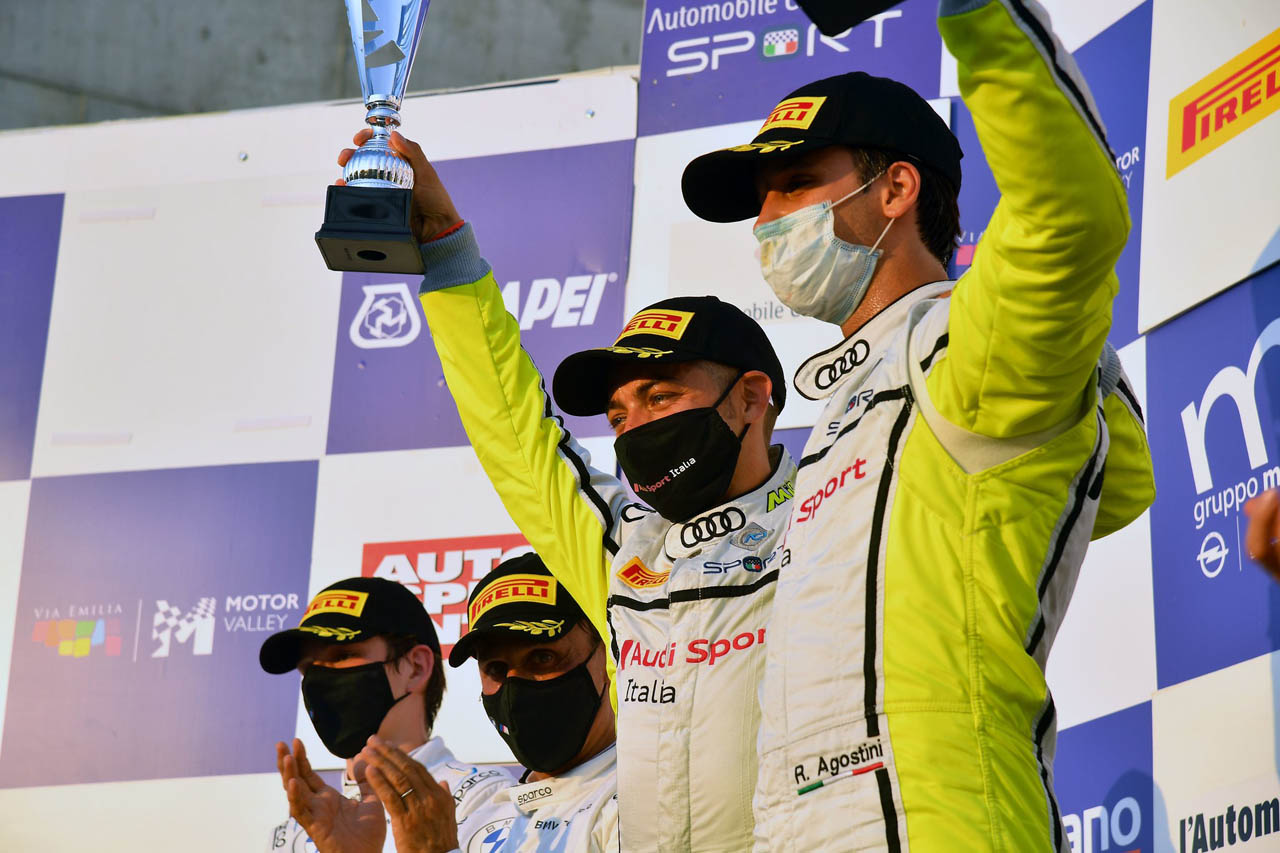 The fiery weekend on the Misano World Circuit Marco Simoncelli has just ended with a more than satisfactory result.
During qualifying, on Saturday morning, the two drivers of the Audi team managed to conquer two excellent positions (third and fourth) in a thrilling battle with fast laps. Too bad for Daniel, who during the first round, was slowed by Giorgio Roda’s Ferrari 488 in his launched lap, which did not allow him to go beyond the 3rd position on the starting grid.
At the start of race 1, Mancinelli kept pace with Loris Spinelli and Davide Roda’s Mercedes AMG and Daniele di Amato and Alessandro Vezzoni’s Ferrari 488. Due to the voiceovers, however, the gap suddenly went up to 4″ and at the pit stop Mancinelli delivered the Audi R8 LMS to his teammate Agostini with a gap from the first of 4″146.
Thanks to a series of fast laps and a spin of the Mercedes AMG of Roda, on the twentieth lap Agostini was already in second position behind the Ferrari of Vezzoni in the safety car mode.
At the restart Vezzoni did everything to keep Audi behind and gave the first position only on the 26th lap: Agostini thus crossed the finish line by winning the first round of the Italian Gran Turismo Sprint Championship.
At the start of race 2 on Sunday, Agostini managed to immediately gain a position and to stay behind the Ferrari 488s of Alessio Rovera and Matteo Cresson with a gap of only 2″369.
At the pit stop, which took place on the fifteenth lap, Mancinelli returned to the track in seventh place having to serve the 15 seconds of handicap for the victory in race 1.
After a few laps, however, a rival car ended up outside forcing the safety car to enter the track. At the time of the restart the cars were all very close, creating a dangerous tussle. Daniel, who showed an excellent pace, preferred to use a conservative strategy from a championship viewpoint, winning an excellent 3rd position – thanks also to the 5-second penalty imposed by the commissioners at Venturini-Galbiati’s Lamborghini for a contact they had against the Ferrari of Roda-Rovera – and thus maintaining the first position in the provisional ranking.
“I am also very happy for the start of the Italian Gran Turismo Sprint Championship.” – Daniel said – “After the victory obtained at Mugello two weeks ago in the Endurance Championship there could have been no better start. Agostini and I did a great job together with the whole team. The victory in race 1 and the third position in the race 2 allowed us to be at the top of the provisional classification and not to have a handicap for the next appointment. It is important to continue on this path. I can’t wait to get back on track in Imola on 29-30 August for the second round of the Endurance championship.” 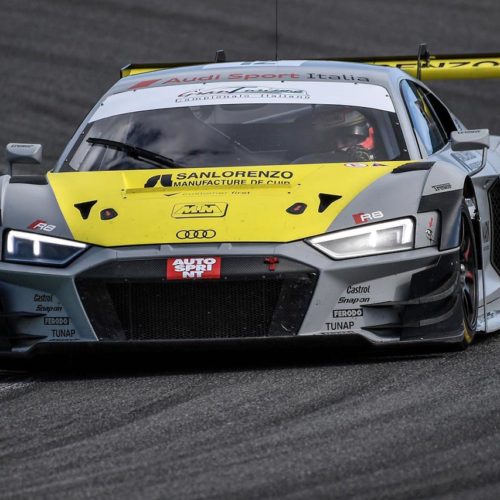 First round of the Italian Gran Turismo Sprint Championship