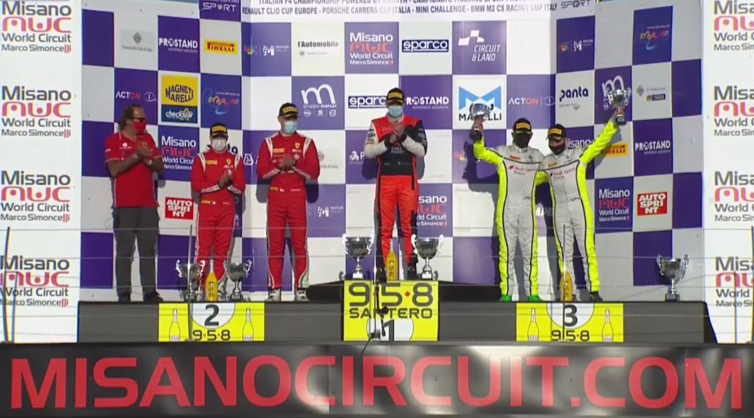 The weekend just spent at the Misano Adriatico circuit, where the second round of the CIGT Sprint took place, saw the two R8 LMS of the Audi Sport Italia team once again confirm themselves among the fastest cars.
In race 1 on Saturday, Daniel struggled to pick up the pace and only on the fifth lap – after passing the BMW of Zug/Comandini – he was able to get behind his teammate Agostini.
Thanks also to a safety car, which compacted all the drivers, and to problems in the climb of Agostini’s Audi, Mancinelli managed to move to fourth position before the mandatory pit stop and driver change.
Postiglione returned to the track and about halfway through the second round, another safety car took to the track, compacting the group again and
relegating the driver behind a GT Cup category car.
When the safety car exit, almost the entire starting straight separated Postiglione from Hudspeth’s Ferrari, forcing the italian driver to finish the race in third place. However, the excellent result allowed the Mancinelli-Postiglione team to climb to first place in the drivers’ standings with 33 points.
In race 2, on Sunday, Postiglione – who this time started first at the wheel of the Audi R8 – managed to take the first position and lead the race ahead of poleman Luca Filippi and three other Ferrari. But on lap 10 – in a dubbing phase at the Carro corner – the Ferrari driver attempted an oversized attack that brought the Audi driver onto the gravel, forcing him to retire and not allowing Daniel to take to the track.
After the race weekend, the Agostini/Ferrari duo confirmed themselves in second position with 34 points behind the Ferrari of Crestani/Greco at 42. Postiglione and Mancinelli unfortunately remain in third position with 33 points, also joined by the Baruch/Segù duo.
“I am very sorry for game 2.” – Daniel said – “Filippi’s risky maneuver forced us to retire with zero points. We are still third in the league, just 9 points behind the Crestani/Greco leaders. We must remain focused to recover as many points as possible next 2-4 July on the Mugello circuit.” 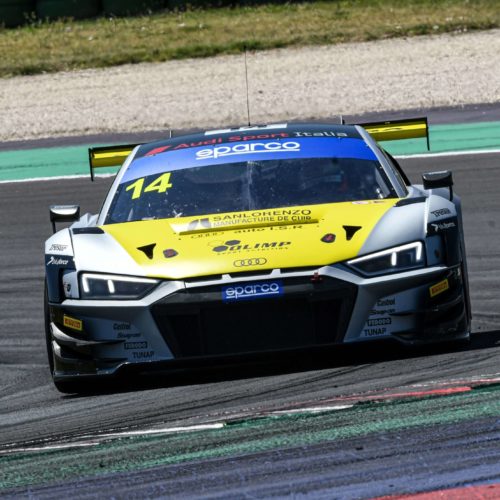